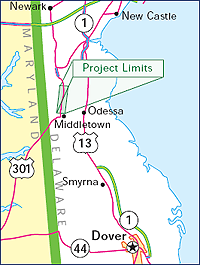 Centerline rumble strips are an effective safety tool used to address head-on and fixed object accidents occurring on two-lane rural roadways resulting from motorists crossing the centerline. This type of accident typically occurs as a result of driver inattention, driver error, and fatigue. The desired results from centerline rumble strips are the vibrations and noise produced to alert drivers that they are crossing the centerline. To address a recurring accident problem identified on U.S. 301 involving head on accidents and community pressures to construct a new four-lane roadway, the Department of Transportation installed centerline rumble strips along the 2.9 mile section of U.S. 301 from the northern limit of the City of Middletown to just south of SR 896.


Accidents - Before and After Study

A before and after accident study was performed to determine the effectiveness of the installation of centerline rumble strips on U.S. 301. Average yearly accidents during the three-year period before installation were

View Before - After Accident Summary Table

compared to average yearly accidents during the six-year period after installation. During the "before" period, six fatal accidents were reported, resulting in nine fatalities. All were the result on head-on collisions. As shown in Table 1, although the total number of reported accidents did not decrease significantly, and the number of property damage and injury accidents increased slightly, average yearly head-on collisions decreased by 90 percent after the installation of centerline rumble strips. Accidents caused by motorists crossing the centerline decreased by 60 percent. Most significantly, even with a five percent average yearly increase in traffic volumes, there were no fatal accidents reported during the six year period after installation of the centerline rumble strips.

Installation of milled centerline rumble strips is performed by a machine that has a blade that is programmed to cut the same shape, depth, width, and length into pavement. The impressions are twenty-four inches wide, are spaced twelve inches apart, and are made along the centerline as shown in Figure 2. After the machine has cut the shape, the resulting debris is swept, collected, and discarded. Because the centerline rumble strips are cut into the pavement, they are equally effective on new, existing, or Benefits and Costs

Over the years, the cost of installing rumble strips has decreased dramatically due to technological advances in installation and widespread applications throughout the country. The cost per linear foot of roadway varies from approximately $0.20 to $0.60 depending on the length of installation (e.g. larger projects result in lower average costs per foot). This cost does not include maintenance of traffic. 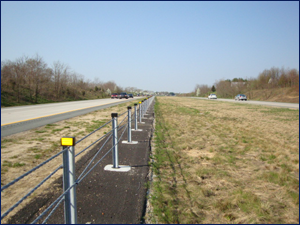 The Delaware Department of Transportation completed the installation of a High-Tension Cable Guardrail system in the median of SR 1 between the SR 896 and SR 299 interchanges. This project was completed in early 2010. The purpose of this project was to close the median to prevent median crossover crashes. Between 2004 and 2007, four median crossover crashes occurred within the limits of the project. Two of those crashes resulted in fatalities. Due to the severity of these types of crashes, DelDOT worked to develop design plans for the installation of a median barrier to close the median and prevent errant vehicles from crossing into the opposite direction of travel. 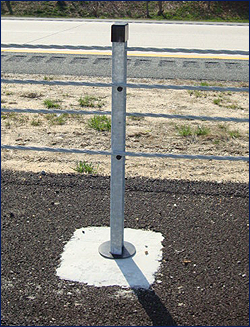 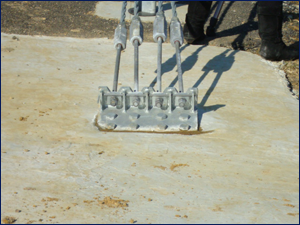 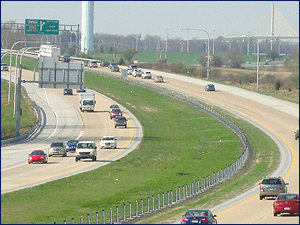 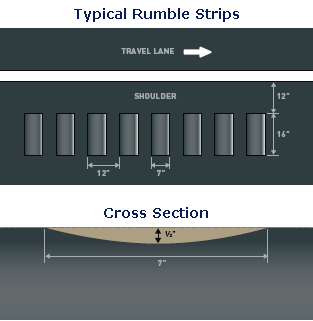 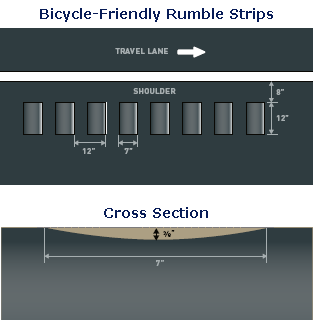