Drug or alcohol impairment has major effects on the cognitive abilities of a motor vehicle operator and is a contributing factor in many crashes resulting in fatalities and serious injuries. Fatalities and serious injuries considered in this Emphasis Area occurred in a crash involving a driver that is legally impaired by alcohol and/or drugs. In Delaware, a driver is considered legally impaired when their blood alcohol concentration (BAC) is 0.08 percent or greater or there is the presence of an illicit or recreational drug within the driver’s blood. From 2015 through 2019, impaired driving was a factor in 30 percent of all fatalities and 16 percent of all serious injuries.

Read more about impaired driving in the SHSP 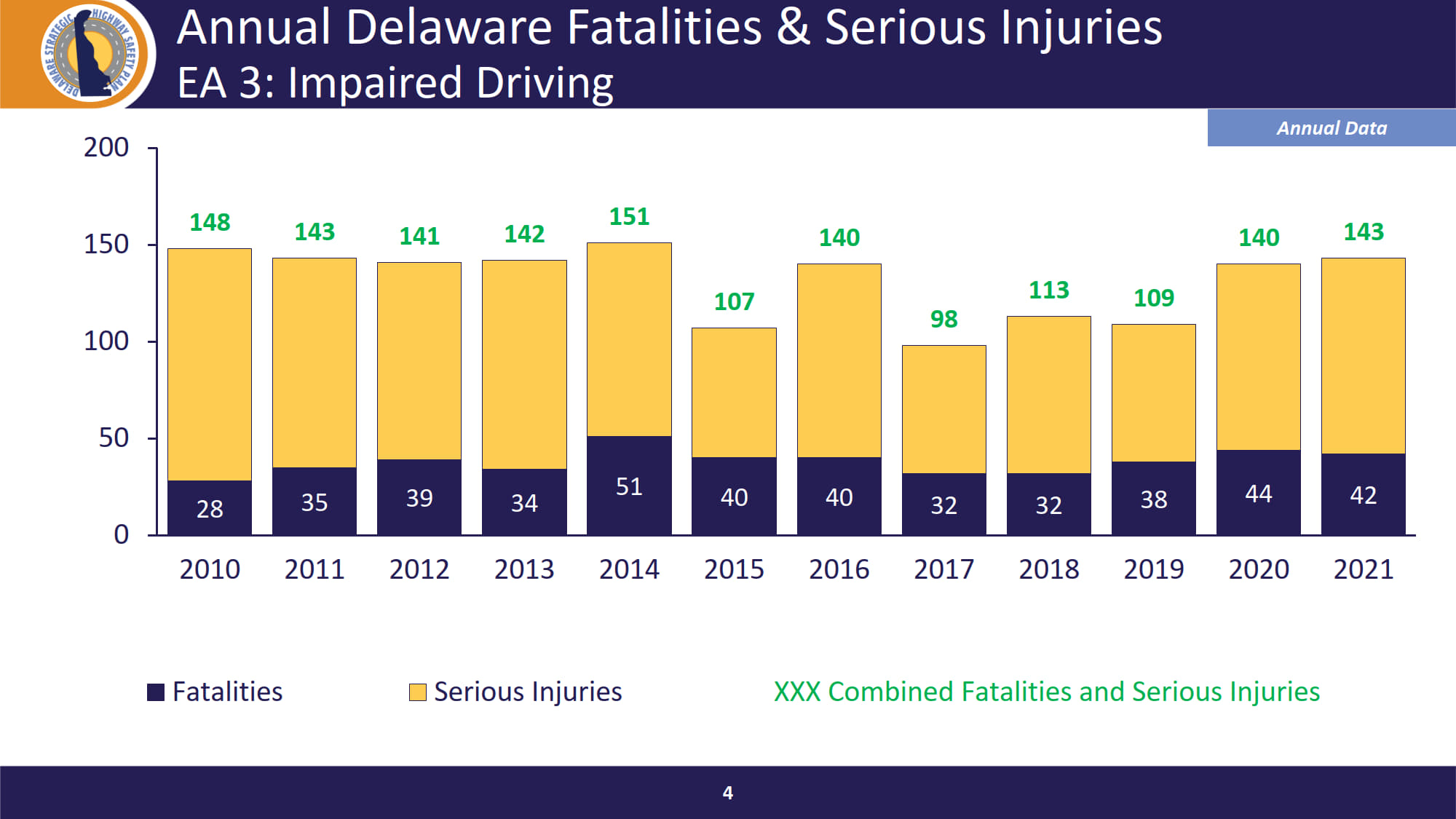