Intersections involve multiple turning and crossing maneuvers that create numerous conflict points and crash potentials between vehicles, pedestrians, and bicyclists – making intersections one of the most complex traffic situations that road users encounter. Many factors can contribute to an intersection crash, several of which are identified as their own Emphasis Area within this Plan. From 2015 through 2019, nearly 40 percent of fatalities and serious injuries occurred at an intersection, as determined by the reporting officer at the time of the crash.

Read more about intersections in the SHSP 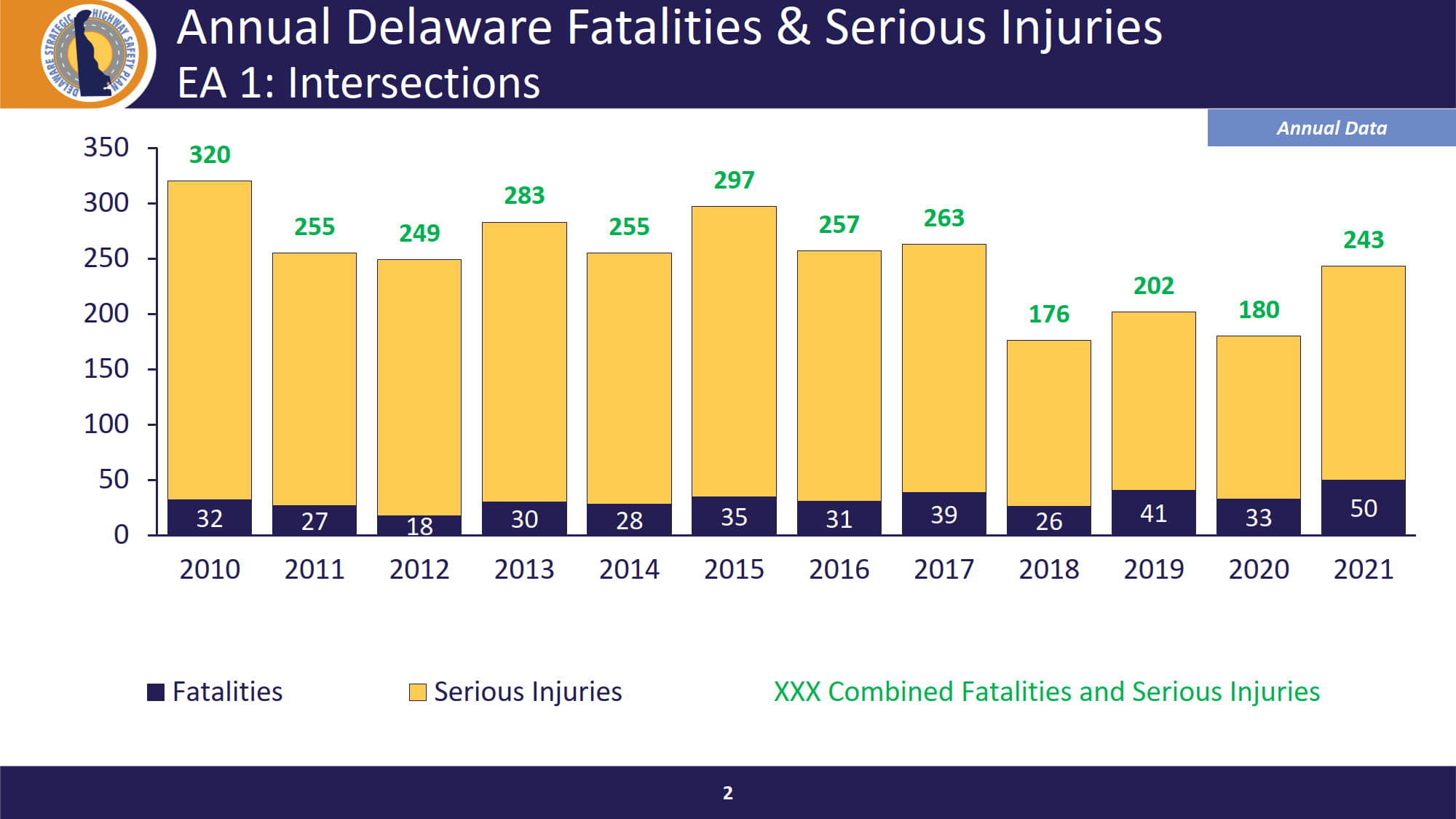