Higher vehicle speeds may be a contributing factor in many crashes increasing the severity for persons involved. Speeding has become a socially accepted behavior, and, in some cases, it can even be encouraged by one’s peers. Speeding commonly overlaps with other adverse behaviors (impaired driving, distracted driving, lack of seat belts) and, as a result, is anecdotally underreported. Recognizing those overlaps as well as the fact that higher speeds increase crash severity, Delaware has included Speeding as an Emphasis Area even though it ranks slightly lower than some other potential Emphasis Areas.

Read more about speeding in the SHSP 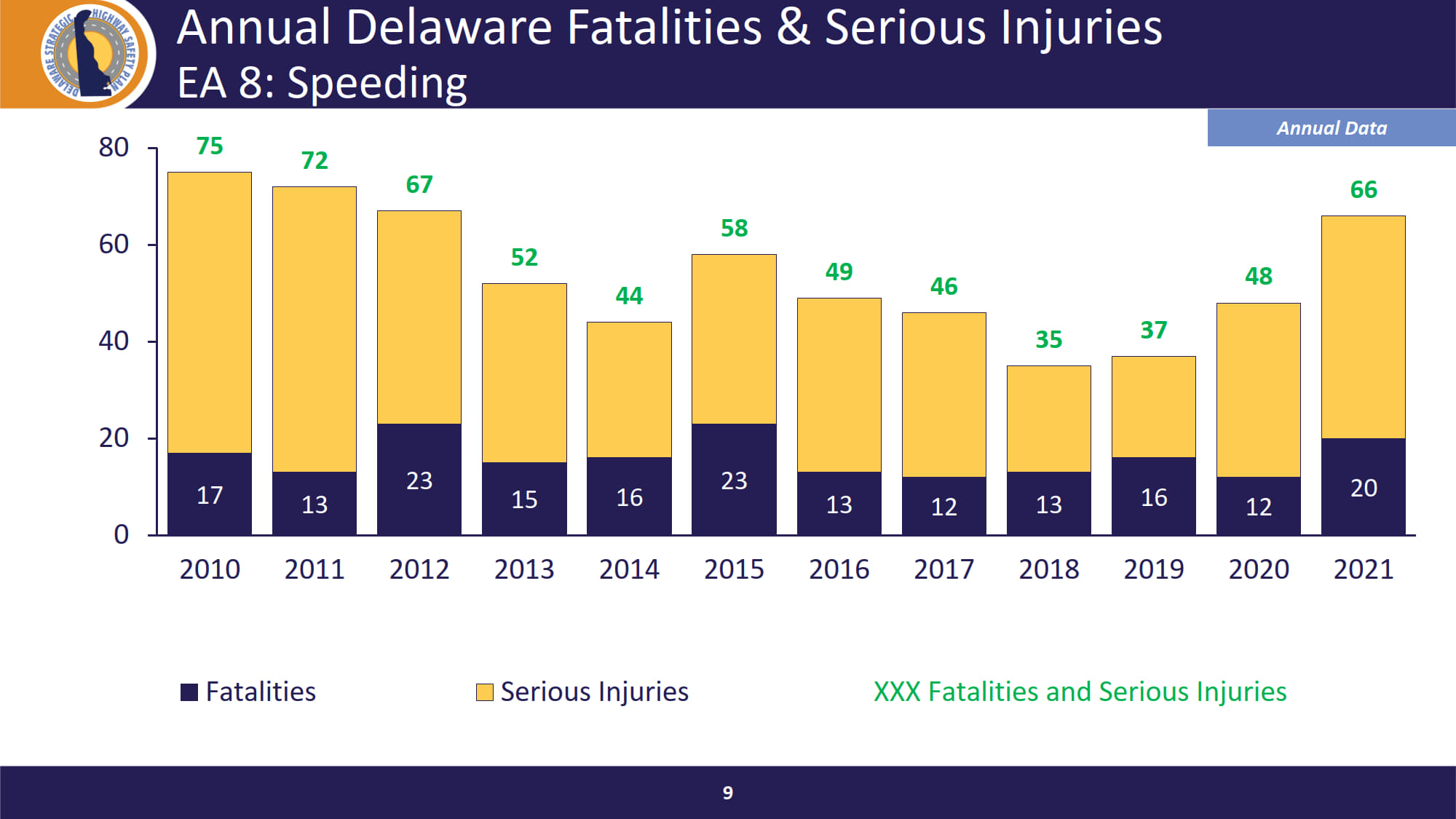