According to NHTSA, the risk of a fatal injury in a crash is reduced nearly by half by wearing a seat belt. NHTSA completed a study of lives saved by vehicle technologies and found that, between 1960 and 2012, seat belts saved more lives, over 300,000, than all other vehicle technologies (air bags, etc.) combined. By law, the driver of the vehicle is responsible for making sure that everyone in the vehicle is properly wearing a seat belt in Delaware.

Although Delaware’s seat belt usage rate has generally increased since establishing a primary seat belt enforcement law in 2003 and reached 93 percent in 2019, 25 percent of fatalities from 2015 through 2019 were unrestrained motorists. Failing to wear a seat belt is typically a poor pre-crash choice that often overlaps with other unsafe driving behaviors (e.g., speeding, impaired driving, distracted driving). Continued educational and enforcement strategies are critical to maintaining and increasing the current rate of seat belt usage and ensuring that their use becomes a habit for the next generation. Continued increases in seat belt usage is of utmost importance to achieving long-term safety benefits.

Read more about unrestrained motorists in the SHSP 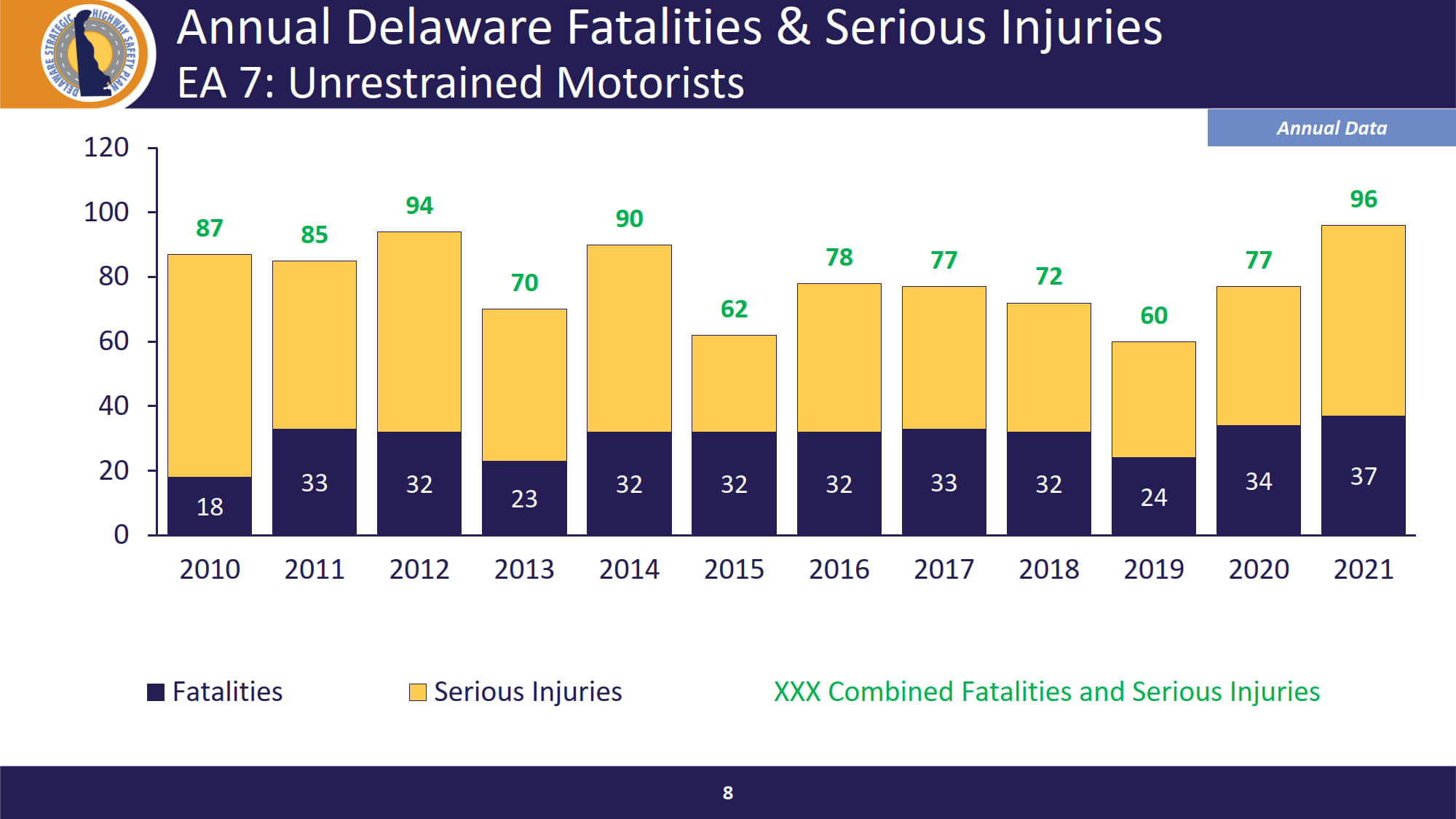